In 2007 my brother David and I decided to partner up on a house flipping project. I searched many neighborhoods and looked at dozens of houses before finding what I hoped would be our “project” house. Most of the houses I looked at were not as old, and didn’t have near as many problems as the one we ended up buying, but…. have you ever had a house just speak to your heart? Well… this one spoke to mine. I could envision how each room would look even before we signed on the dotted line.

We both had full-time jobs that we could not afford to give up, so we ended up working nights and weekends and all vacation days for five full months, and considering all we had to go through that really wasn’t too bad. But I’m getting ahead of myself…

Here’s a little history about what we now call the Boylston area, in the years right before #4 Johnson Avenue came into existence. From 1917 to 1919, during World War I, this area was called Camp Sheridan. Located in North Montgomery, Alabama, this was the training camp for the Army National Guard and many notable infantry Divisions. It cost 3,700,000.00 to construct, and at the end of the war it was used as the demobilization center until it was abandoned on March 15, 1919.

Then in 1923 the construction of a “Mill Village” began for the West Boylston Textile Mfg. Co. Constructed first was the village that housed the workers, then the Mill was completed.
This is a photo of the Mill that was completed in 1927 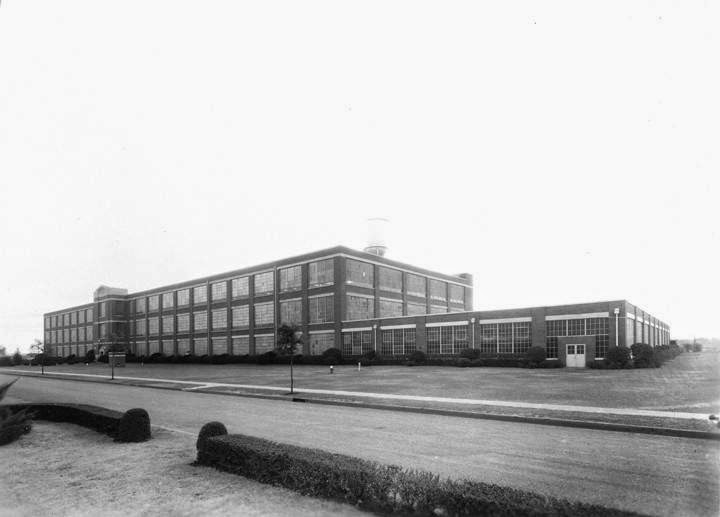 This is the first known photo of the house we purchased. Construction on this house
was completed in 1923, and was the home of the mill’s foreman.
I don’t know this for a fact, but it was said by some of the neighbors, that this house
was also a meeting house of the “Daughters of the Confederacy”, an organization formed to support the wounded soldiers of WWI and their families, and is still alive today supporting our troops. 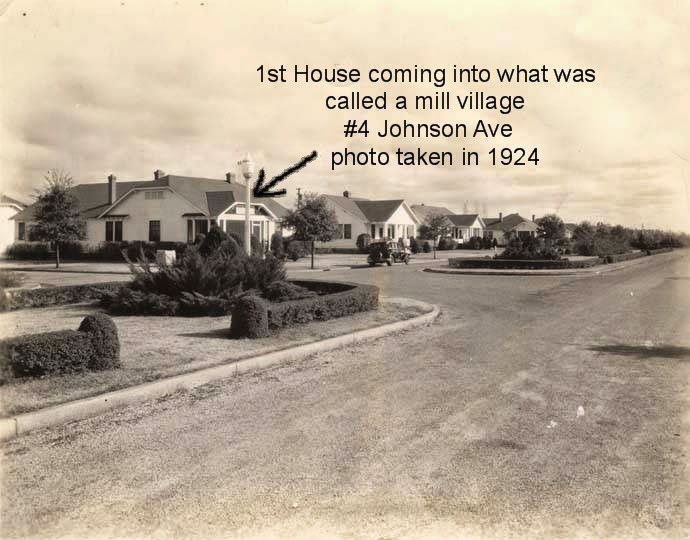 #4 Johnson Avenue was built in 1923. The first and largest house in this particular neighborhood, with approximately 2570 square feet, was built for the foreman of the West Boylston Manufacturing Textile Mill, that now sits closed and abandoned across the street in front of the house. Across the side street to the left of the house, and visible from the kitchen window, sits a beautiful old church, and as the sun sets, the beautiful stained glass windows come alive with glowing color.

It was a vacant, bank owned property, listed for $69,900. Armed with a 14 page inspection that would scare the daylights out of anyone, we negotiated the price down to $39,400.

One other thing you need to know… I had not lived in Montgomery for very long, I didn’t have any preconceived ideas about which areas of town were considered good, bad or completely undesirable. As soon as my project was made public by the media, (I’ll talk about that later), lots of people that I knew told me that I had made a big mistake, and that I bought a house in a bad area and should have asked them about it first. I will tell you this … I know, with all my heart, after living through the whole process, and knowing what I know now… I would not have changed a thing. Those people, the ones that told me I had made a big mistake, were in SO many ways… SO VERY WRONG!

From the very first day we had visitors. Many of the neighbors, (mostly senior citizens), came by, and then some of the members of the church came over. Some people came daily, first to see what we were doing, then to see the progress, some to tell us stories of the past occupants and history of the area, and some stopped by to see if we had any work for them, which on occasion we did. As the work progressed on our project, people around the neighborhood started clean-up and fix-up projects of their own. Then somehow, the City joined in and sent out dumpsters that sat on one of the vacant corner lots for 1 week so anyone could put anything it with no charge for hauling it away. They were full by the weekend! I don’t know how it happened, but the media got wind of our project while they were running a series of stories about Montgomery neighborhoods. They came and interviewed us and a couple of neighbors about the impact of our project. It seemed that we were having a big influence that even we were unaware of. At the end of our project we had a huge open house party. We invited the entire neighborhood, the church members, all of the people that had ever done any work on our project, the local real estate people, friends, family, and of course our banker. It was a great day and I was proud of the job that we had done. Looking back, I am thankful for the time spent with my brother. We told each other our own stories, and shared many memories during that time. I am thankful for Andy, who not only documented the process with photos and video, but repeatedly brought food and drinks to keep us going, and as a home designer, gave his architectural input when we really needed it! I’m thankful to all the visitors for adding to our lives, each in special ways. I’m thankful that nothing bad ever happened at our project house. And… I’m thankful to God… for taking me down Johnson Avenue.

Here is a video Andy made for me so that I could show my daughter how my project turned out. Keep that in mind during the narration when he refers to me as “your mother”. LOL!

These were just a few of the issues that we had to deal with.

There is no way to cram a five month project into one little post, but I hope that if you are considering doing a project, you follow your heart, you do the right thing, and you don’t let other people decide what is right or wrong for you. You never know what you can do until you try.

Be brave! Be creative! 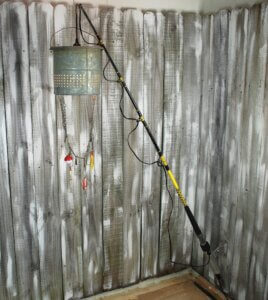 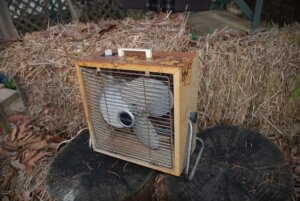 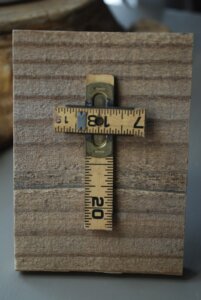 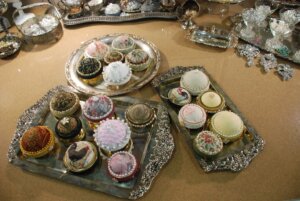 PrevPreviousAUTUMN AIRE IS OPEN FOR BUSINESS!!!
NextChristmas Gifts for my Tuesday Workshop FriendsNext